A customer recently (November 2021) asked about the lower price of our 5654w tubes earlier in the year. James summed it up best, so I'll post his answer below for those who are wondering why are tubes cost more than those being sold by others:

The earlier lower price was an attempt to regain some market share after we found a plethora of new sellers that were claiming to provide “tested and matched” pairs of 5654W tubes at much lower prices (some of the listings were copied from our website information, in some cases word-for word including, surprisingly, test conditions - apparently, they were not aware that the specific test settings they had copied are not possible with most tube testers). We purchased tubes that were being sold by others and, without fail, we found untested and unmatched tubes sold as “matched pairs”. If the tubes had been tested, the sellers would have realized that a good percentage of the tubes they were selling were often low testing (well below spec.) or that they were not even close to being “matched pairs”. Apparently, for some sellers, tube matching amounts to combining untested tubes with “matched” manufacture dates (put mildly, this stretches the concept of tube matching). At $15 we were not able to remain profitable. We have priced the tubes to reflect our costs for testing, selecting and matching tubes with actual test results (we are the only seller of 5654W tubes that provides test data for each tube). Because the tubes we sell are tested in detail, we discard many tubes that do not meet our standard for audio quality. This significantly drives up the overall cost for the matched pairs of 5654W tubes we sell. 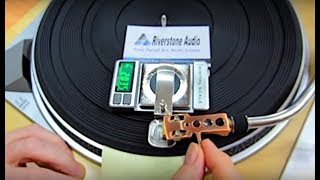